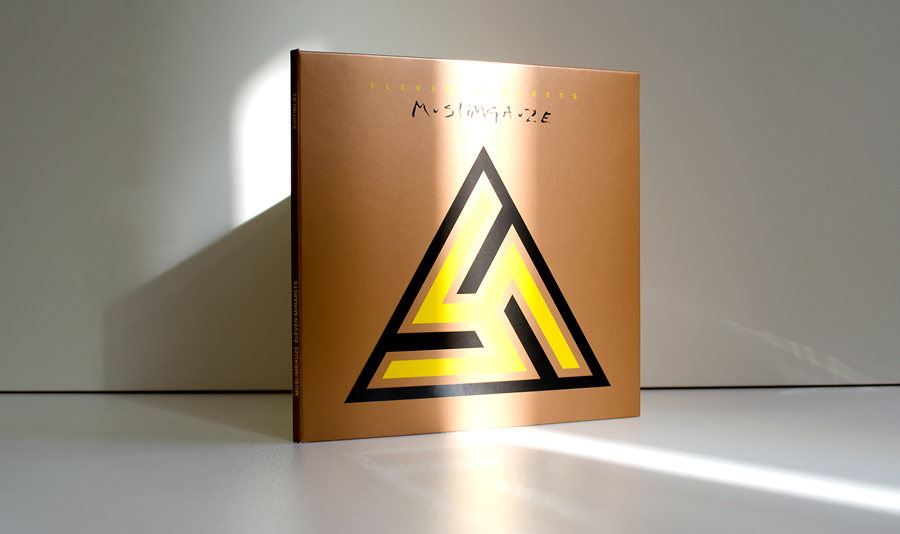 I still remember how my cassette with a copy of Eleven Minarets looked like and when and with whom I’ve listened to this album for the first time, and which overwhelming impact it has on me. I knew other Muslimgauze’s releases at that time, I loved them all, but it was exactly Eleven Minarets that turned everything upside down in me – from the beginning of the first track I was so much shocked that I literally couldn’t move from what was coming out of the speakers. I heard there a real artistic freedom, freedom of expression, freedom of form, freedom of composition, freedom of mixing, freedom of sound. Even though my ears were already very much trained with all possible kinds of radical experimental music, it all seemed too conventional comparing to Eleven Minarets, not even a bit close to a free massive energy of Muslimgauze.

There were hundreds of other Muslimgauze albums, I would eat them all, over and over again, but for some reason Eleven Minarets remained the one that defined everything for me, and I still believe that for me it was that cornerstone which released me as an artist and gave me my own freedom in music.

And I always thought that it’s kind of unfair that such a brilliant work was “hidden” under umbrella of Arab Quarter and requires proper standalone presentation. And in 2017 with the help of Kvitnu’s good friend Terry Bennett I’ve re-established contact with Charles Powne of Soleilmoon, and he was very kind to give Kvitnu permission for this re-edition.

And a few words about the design.

Those who have Kvitnu works in their collections know our hardcore attitude to visual part of our releases. And Eleven Minarets is no exception.

Together with Zavoloka we didn’t want to make an abstract artwork. This time we decided to go deeper and for that I started with consultations with my old friend sufi Alexander Gunin with whom I have a long-term relationship in learning Islam and Sufism. I explained my particular interest in this case and asked a lot of questions about meanings of different symbols and their connection to interiors of minarets and mosques.

And also Alexander got us connected with Katia Monos – an artist who was specialised in sacred Islamic geometry. And the whole process jumped on another level. Islamic geometry, symbols, forms, numbers, their meanings and interconnections – and slowly, step by step we started to build a map of where we actually wanted to go with the final work.

In parallel a few books about Islamic architecture were drilled through. It was a phase of a deep research about minarets and principles of their design through the history of Islam. And after going through myriads of complex geometrical textures and architectural patterns we decided to step out from the most obvious way of using a part of some pattern or overloading artwork with multilayered textures.

Instead we decided to “zoom in” on the walls of Minarets with their patterns and find that particles that form the magic of those buildings. And we separated two geometrical elements which, as we felt, worked the best way with the music and let them become two single graphic notes on the artwork. Decision about colours which were chosen – warm yellow and bronze – was also inspired by minimalist minarets, like Erbil Minaret, walls of which are burning under the sun, and heated dunes. The metallized bronze was not covered by any protective materials and with time artwork naturally will grow older as if it was scratched by sand and time.

P.S. Here are some links about Islamic geometry: