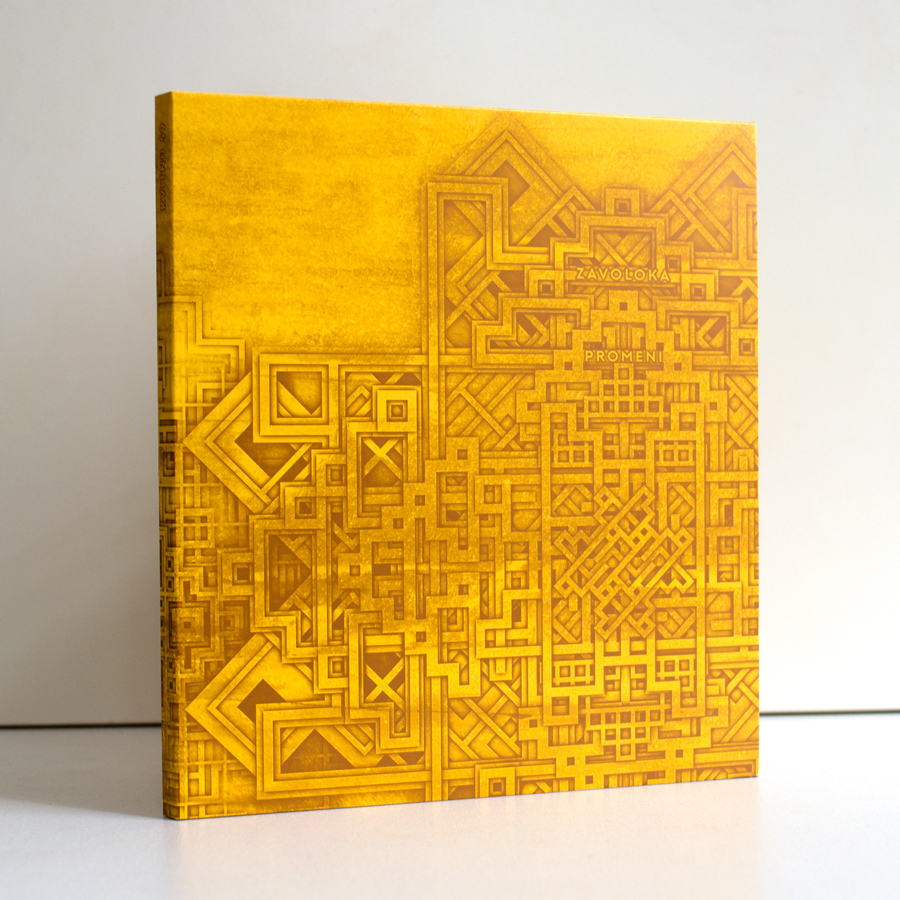 With the release of ‘Promeni’, (Kateryna) Zavoloka completes a quartet of releases “dedicated to the purification by four Universe Elements”. The others were, “Viter (for wind), Vedana (for water) and Syngonia (for Earth Element)”. I only seem to have reviewed the latter, in Vital Weekly 1076. ‘Promeni’ is the fire element. Zavoloka has been going since the early years of this century and by now she has a fair number of albums, in which works with much rhythm and as many synthesizers, both from the digital and the analogue variations. I thought her previous album, ‘Syngonia’, was a bit sweeter than her previous work but here on ‘Promeni’ I think she returns to a style that shows somewhat more forceful beat material on this new release. Like many of the releases on Kvitnu, and this should be no surprise, the music is rhythmic, dark and minimal, taking its inspiration from the Pan Sonic textbook on this. The rhythms may have the origin in the world of techno music, but are way more minimal, and added are icy synthesizer patterns. But Zavoloka is not a mere copycat, I’d say. She adds something of her own to the mix and that is the occasional smoother synthesizer melodies, finding a balance between the cold machine operations and something spacier and mellow, and it’s a combination that works out very well here. The nine pieces are altogether more melodic than on your usual Pan Sonic record, but at the same time rely heavily on the driving pulses from the rhythm machines. Zavoloka found an excellent in here work with this release, and more and more finds her own way of doing this. Maybe the best record so far by her.
http://www.vitalweekly.net/1152.html