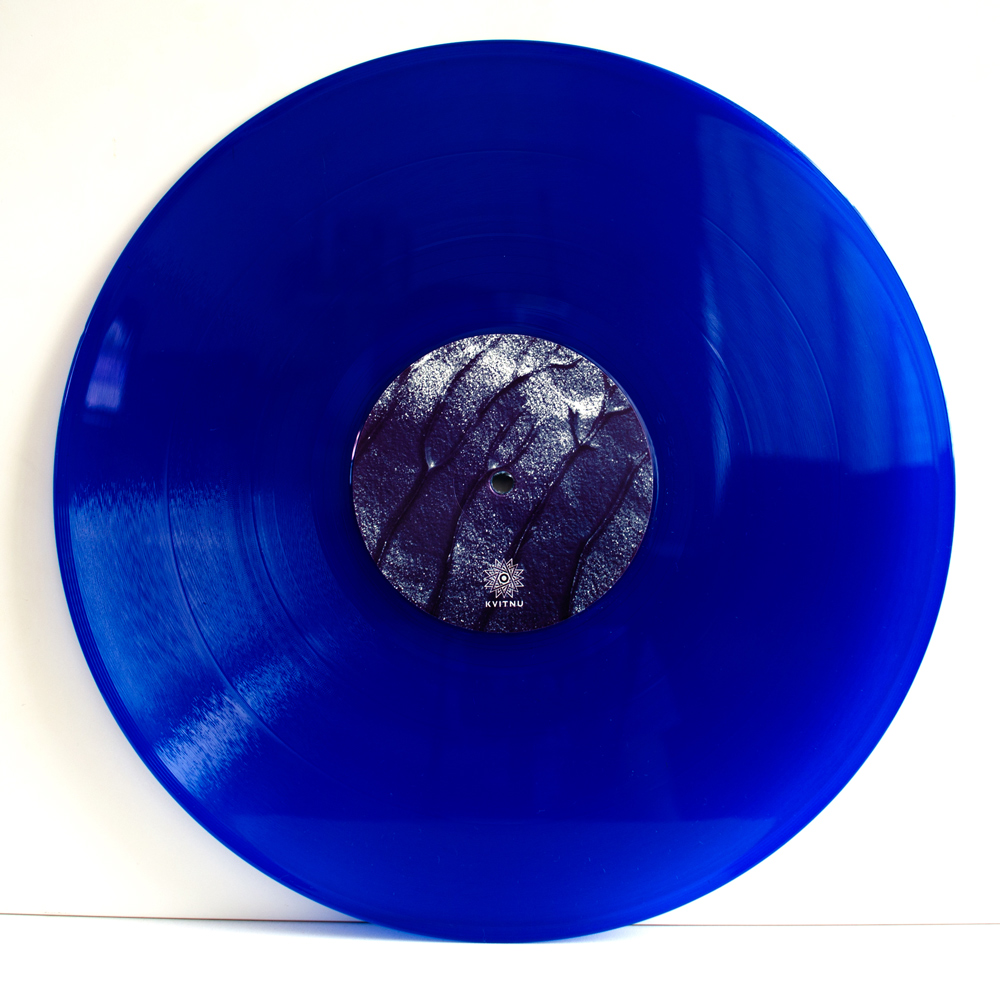 The record opens with the writhing waves of The Capital Of Death – Contorted City on Kotra‘s new album Freigeist. Dmytro Fedorenko, the Vienna-based Ukranian artist/producer who co-runs the fantastic Kvitnu label has been bending sounds like these since the early 90’s – but here he’s on to something more subtly cerebral than ever. The static electronics overlay a chugging bass beat that marches heavily forward. At a glance, the rough, organic texture of the cover art (thick paintings by Kotra) informs the visual listener that this will be a dense delivery. It makes good on its graphic promise, albeit with the shiny metallic ice-blue shiny embossed titling. Every detail is composed with watchful care.

When we move into the weary Inhaling A Black Fog a low-fi synthesized drone sounds bloated, sickly, uneasy. The repeating atonal blur carries on in the poker-faced suspension while open wires are tested throughout. In the final few minutes, however, the background slowly evolves into a stolid shapelessness that dissipates under the slowed effects. It rumbles like an internal organ to its abrupt end.

From the minute you pull the vinyl from its case – the cerulean blueness of the platter is like some kind of cosmic candy. The evocatively titled Acid Walk On A Boiling Tar sounds like a warning. And as the distant industrial churn continues like a constant conveyor belt, Fedorenko adds a perfectly peculiar wavy synth that travels from channel to channel with stunted pauses and marginally inflamed micro-noise. It’s actually quite a low-rider reverb if you play this with any volume, which I recommend. A sound that will rock you in place. This is a tongue-in-cheek party record with a title like Synthesized Cocktails Dream. I’d love to go to some celebration and have this spinning in the background it would likely put guests looking around and on high alert.

Freigeist buzzes along with what Grace Jones once referred to as ‘annihilating rhythm’. Not as noisy as it is flirtatiously structured, this is one of those recordings that breaks from any genre, but plays on minimal glitch, broken techno and far-left experimental electronica. Kotra’s distinct Morning Hypertension Anthem is exactly as it reads, it’s as unnerving as any morning during daylight savings time could possibly be. All the breathy grinding, grunting, crunching is aided and abetted by the dynamic pauses throughout. Hard to imagine this final track only lasts under four minutes as he manages to make it seem quite lengthy, by stretching and blending an idea with ghostly undertones right up to its shrill halt…the end.