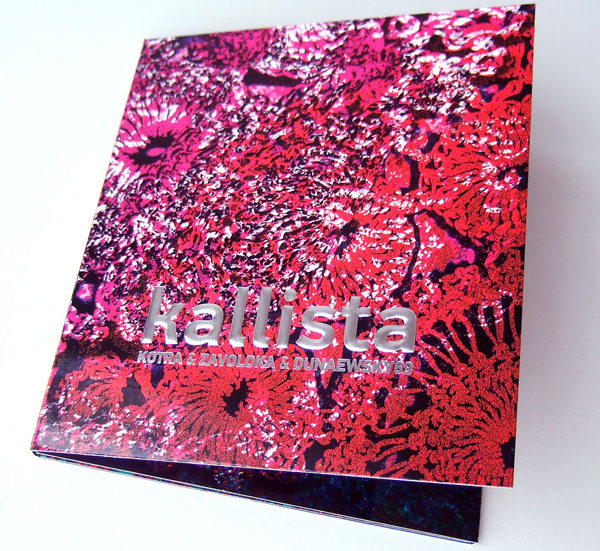 Here is an exotic Eastern European electronic-errr, some sort of luridly packaged three-way hymn to Krakow. It is not sponsored by the city fathers, as far as I can tell, but there is some university connection in there. 24 tracks in just over an hour, alternating between the three artists, although there’s not much to distinguish individual contributions – or, being more generous, it is coherent in its electro-eclectism. Anyway, the whole thing is a mish-mash of various cranky electronics, Geiger counter clicks and aggravated synths being maltreated, sounding on the whole a lot like corrupt mp3s of someone pretending to be Aphex Twin layered with more obsessive-compulsive glitching played by laptops plugged into the wrong voltage. Someone’s probably stuffed MSG in the USB port as well. There’s a rather ramshackle air and fluctuating levels, gratifyingly antisocial frequencies sticking out at inopportune angles.

Sometimes our artists do not sound particularly in control of the electronics (which in fact include custom-built oscillators, according to the packaging). Who wants control anyway, though? Montage and jump-cut, cheesy break-beats and thick melodies cut out or fizzle into corrosive goo as soon as they start. Cumbersome and ragged-cornered takes on collage with field recordings collide with detournings of techno-technique. Which, considering I have been known to complain about overly slick production in electronic music, should please me to some degree.

This does a fairly convincing job of conjuring up an imagined sensory electro-magnetic overload somewhere in a sprawling metropolis, mobile phones and the sticky floor of a bus as you pass through an unfamiliar neighbourhood full of signs advertising who knows what, strange juxtapositions, olfactory collisions, aural chewing gum stuck to a tourist map of the mind, all coloured in with some highlighters. Not in the lines, either.

I have never holidayed in Krakow, but thanks to this garishly packaged lump o’ sound I feel I have, now, and I can confidently report that the streets are paved with energy drink, it’s built of leaking glowsticks, and giant bears lurch up at you from stinking alleyways, displaying their lantern-like gullets before swimming away again with a flick of the tail. Hooray! Boney M would be proud.