Video for a track from a “Recall” EP released yesterday: https://kvitnu.bandcamp.com/album/recall 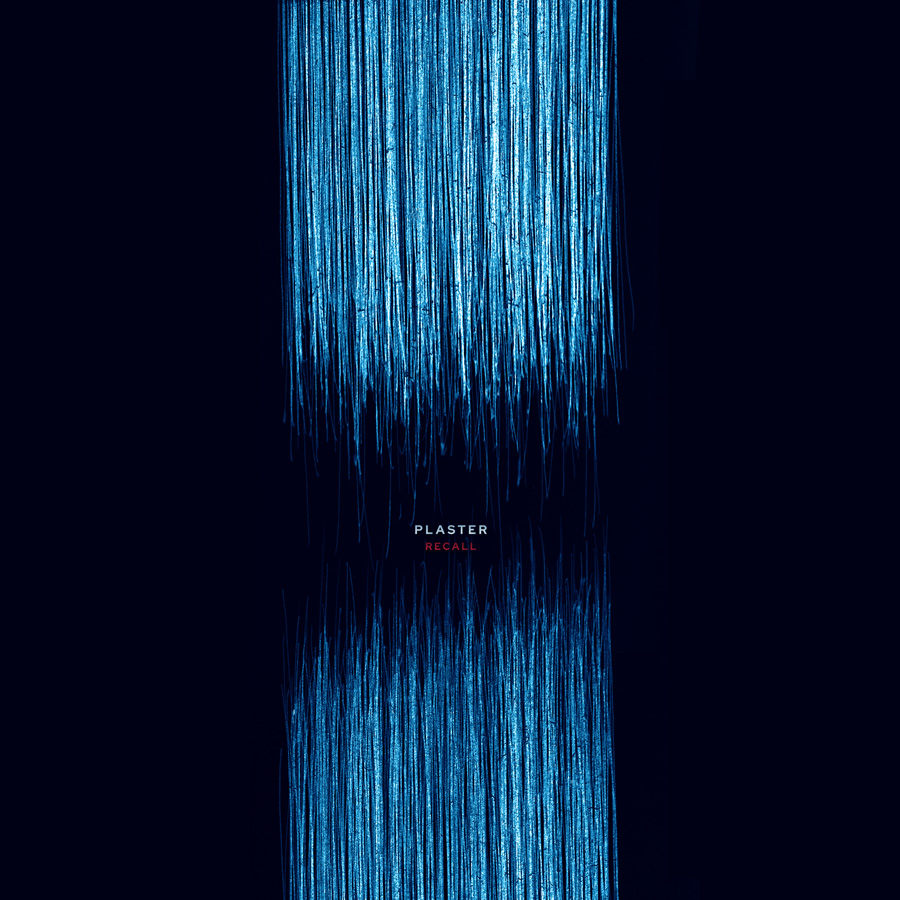 Using mostly hardware synthesizers and digital samplers, Recall stands out from past releases for the cadenced use of the voices and less psychedelic sounds in favour of more rhythmic impact and hypnotic visions.

Hey, we have some new apparel update for you! 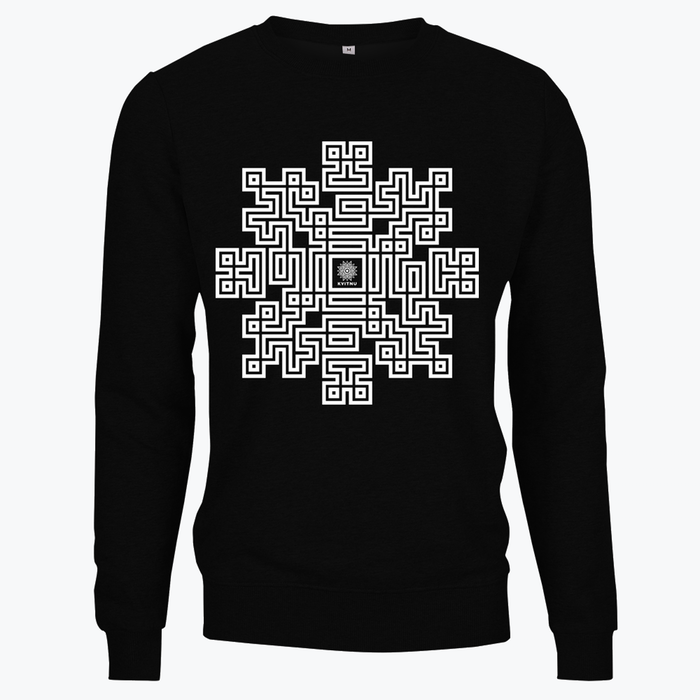 Kvitnu Maze encoded in a graphics inspired by Ukrainian embroidery.

Graphics by Zavoloka.
Kvitnu logo in the center of image.

Strictly limited edition!
You have only 21 days to place your order!
Will not be re-printed!

After Big Space Adventure, a double LP published in 2018 for Private Persons, the sound artist Dmitriy Avksentiev, aka Voin Oruwu, now releases ten new futuristic tracks for the label Kvitnu by Dmytro Fedorenko and Kateryna Zavoloka. Native from Kiev, the musician has also performed under the monikers of Koloah and Tropical Echobird. Here he shows some mystical and emphatic, melancholic and emotional atmospheres. As often happens in productions by Kvitnu, the border between experimentalism, dystopian imaginary worlds and trend-driven electronics with techno shades is very soft. Since the first cuts of “Titan”, the dreamy settings suggest some strain and synthetic developments, soon following with “Blur Planet”, a spacey and rarefied track, and then with “Source”, where the sequences are more complex and cinematic, disturbing and reminiscent of chamber music. We need to wait for “Decay Instability” to have some sustained and fractured rhythms, almost similar to an industrial dance floor. The following “Even Mind” begins almost silently, but then shows a spectacularly symbolic reprise, a kind of cosmic, sidereal and machinic lullaby. Between the tracks, there is almost no break. “Limulus” presents some scattered passages and adrenaline beats, playing on the contrast between quiet and chaos, a technique typical of this style. Voin Oruwu doesn’t hide his fascination with sci-fi and we are on an interstellar journey. This is particularly evident in “Escape Mission” and “Ceremony” both of which are elegiac and very musical. The ability to perform several expressions is the factor that will engage the most experienced listeners, who immediately realise what it takes to be invested by several styles. The work “Conceptual Plant” includes the most diversified influences and at the same time some experiments and melodies, ambient and tense passages. Voin Oruwu is good at setting the scene. Even in his less radical performances, he always keeps this double identity, divided between ethereal patterns and hypnotic rhythms, shaded passages and vibrating intensity. Studies From A Starship deserves to be fully enjoyed. Let yourself be completely engaged and charmed by its visionary and sinuous flux.

Voin Oruwu – Etudes From A Starship

Most followers and fans of the releases by Kvitnu, the label masterfully managed by Dmytro Fedorenko and featuring Zavoloka handling on graphics and mastering, matches them to more techno-driven and electromechanical rhythms and a certain martial attitude, in spite of some of the latest releases moved towards more experimental and ambient stylistic zones, but most of the artists manage to meet the tastes of them by impressive sonic artifacts. Kiev-based producer Dmitry Avksentiev aka Koloah forged the project Voin Oruwu to fly over those same stylistic territories by means of an imaginary starship! The sense of ascension gets immediately evoked by the opening “Titan”, where a sort of cosmic synth-generated harpsichord weaves a web of tension and urgency around a whose sound set, which manages to render a feeling of gradual detachment, getting even more vivid on the following “Rising”, where traces of known organic life get more and more distant until the final fading out, and “Blur Planet”, whose combination of sounds marks the turning point and the somehow foreboding vision or memory of the left planet. The garbled refrains and the unstable melodies of “Source” as well as the corrosive sound manipulations on “Acid Clavi 2010” fully dives into sci-fi sonic environment, and I would say the same process occurs on the following where “Decay Instability” – the first moment where Dmytry gets closer to the typical Rhythmic Noise concept, pushed by many Kvitnu delivieries – could vaguely recall the refrain of the original version of Blade Runner. The feeling of being into a muffled bubble for extra-vehicular activity, that gets impressively rendered by the following “Even Mind”, precedes “Limulus” and the moment (in the second half of the track) when the composer explicitly inoculates masterfully organized percussive elements and convulsive rhythmical patterns. The following “Escape Mission” and the catchy final “Ceremony” seem to be necessary stages of these journey, combining interesting sound techniques and a certain cinematic hook, that mirror Dmitry’s interest in cinematography as well as mystical atmosphere in a so guessed way that some tracks of “Etudes from Starship” could be fitted for a sci-fi revision of Tarkovsky movies.

We have a new release! 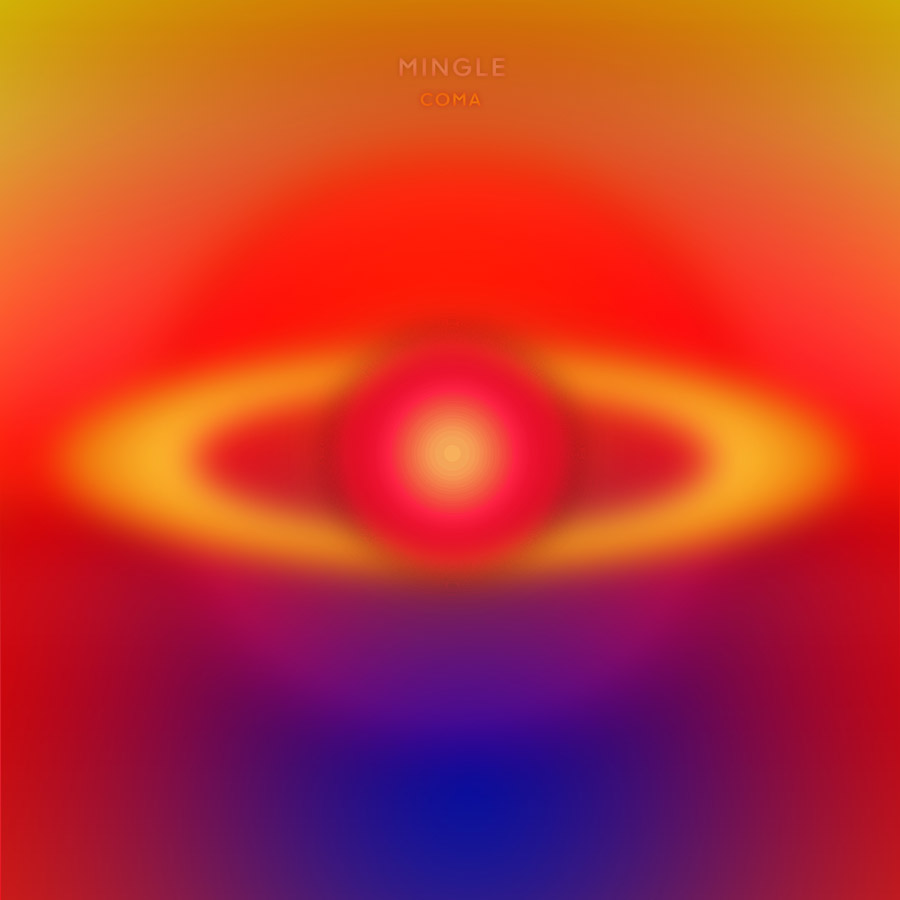 “Is everyone really in their own personal coma?”

Mingle continues his travel through light, darkness, quiet and restless.

With Coma, we see Mingle resuming his dreamlike journey, one that started with Movements, passing through Masks (both on Tannen Records) and the two releases for Kvitnu: Static (CD, 2015) and Ephemeral (CD / LP, 2017).

It is an evocative path, rich in imaginary scenarios, in which the theme is very specific: an introspective journey, highly melancholy, that winds its way through static minimalism, aggressive landscapes, desirable harmonies and disturbed rhythms.

Track is from her recent EP “SOBOR”.
https://kvitnu.bandcamp.com/album/sobor

Music and video by Zavoloka 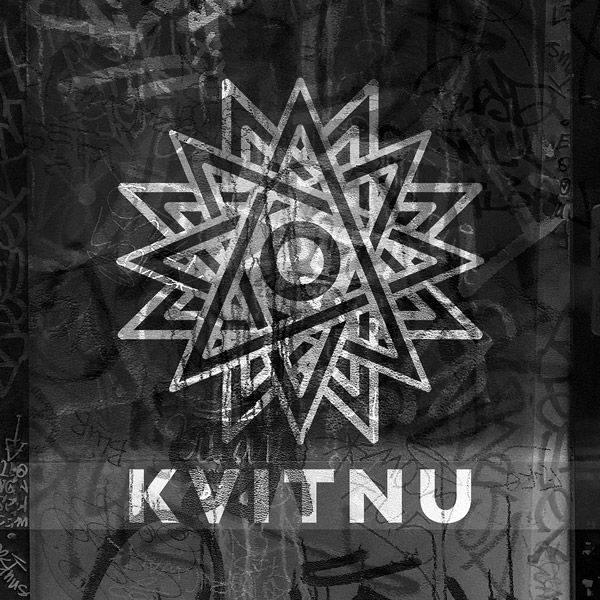 We have some special news.

We were a bit silent for the last few months, mainly because of preparations of our big move, which finally happened.

Starting from August 2019 we are officially operating from Berlin, Germany.
Now it’s time for a new chapter.

And since for us it’s quite a special moment, we decided to celebrate it with a big and long sale!

-50% OFF ON ANYTHING AND EVERYTHING!

TAKE IT ALL!
CLEAR OUR SHELVES!
UPDATE YOUR KVITNU COLLECTION!
BUY A PRESENT FOR SOMEONE YOU LOVE!
AND LET’S MOVE FORWARD WITH THE NEW MUSIC!

ON CHECK-OUT USE CODE WORD:
KVITNU_BERLIN

SALE ENDS ON 4TH OF SEPTEMBER!