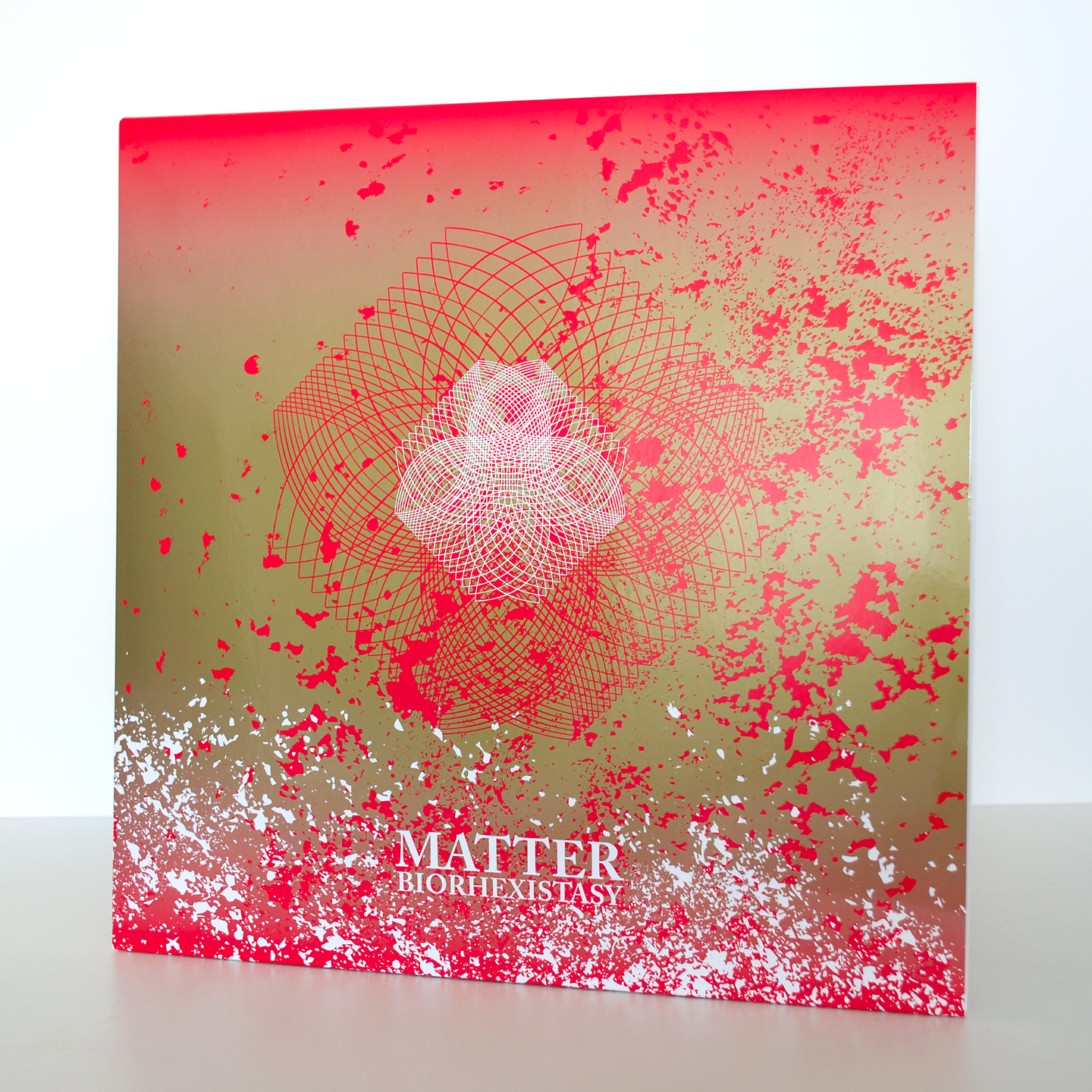 Hiding behind the moniker Matter, Fabrizio Matrone from Bologna is a member of Kvitnu and an electronic manipulator focused on compound electronic sounds that are highly rhythmic and analogue. This latest release follows Solid State, published in 2012, which was also produced by Ukrainian Dmytro Fedorenko. Here we encounter extremely stylized and theoretical techno music. The sequences would feel at home in clubs or at raves thanks to claustrophobic atmospheres and an interesting mix of industrial influences; the textures are always balanced, even in the most concentrated and involved passages. The album is produced in a context that may be slightly misleading, generating confusion about the real nature of the project. This is perhaps due to the refined artwork by Kateryna Zavoloka, or maybe is it a result of the heady theoretical roots of Biorhexistasy, a theory that describes the conditions necessary for soil formation, in which alternation of different climatic phases somehow allows humus to accumulate into a substratum of dead matter. The compositions feature whistles and metaphorical dissipations, anxious returns, beat-like spurts and jumps, in addition to some slight noise influences. The project is multisided and may enjoy success at experimental festivals and live events.
Original here: http://neural.it/2013/12/matter-biorhexistasy/