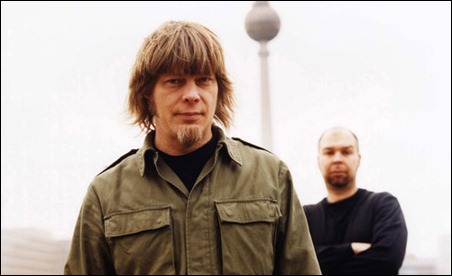 First wrote our friends from Darkfloor:
“Yes you read that correctly – Pan Sonic have a new release coming out. The experimental and abstracted noise of duo Mika Vainio and Ilpo Väisänen is legendary, and this will be the first release in 3 years, following the fantastic Gravitoni album.”
http://darkfloor.co.uk/pan-sonic-new-album-oksastus-forthcoming-kvitnu/

Then The Wire:
“Pan Sonic will be releasing their first album in three years on Ukrainian label Kvitnu. The Finnish electronic Noise duo of Mika Vainio and Ilpo Väisänen have titled their next album Oksastus. It will be released as a double LP and on CD. More details (including a release date) are incoming.”
http://thewire.co.uk/news/27000/pan-sonic-to-release-first-album-in-three-years-on-kvitnu

And Fact Magazine:
“One of the most influential experimental acts of the last couple of decades, Pan Sonic are due to return with a brand new album.
Entitled Oksastus, the record will be released on low-key Ukranian imprint Kvitnu, and follows 2010′s excellent Gravitoni which at the time was rumoured to be the final Pan Sonic album. Mika Vainio has hardly been quiet in the interim, collaborating with a number of artists and dropping a steady series of outstanding solo records, but even so, a new album from Pan Sonic is something to seriously look forward to.”
http://www.factmag.com/2013/10/01/legendary-finnish-duo-pan-sonic-announce-new-album-oksastus/