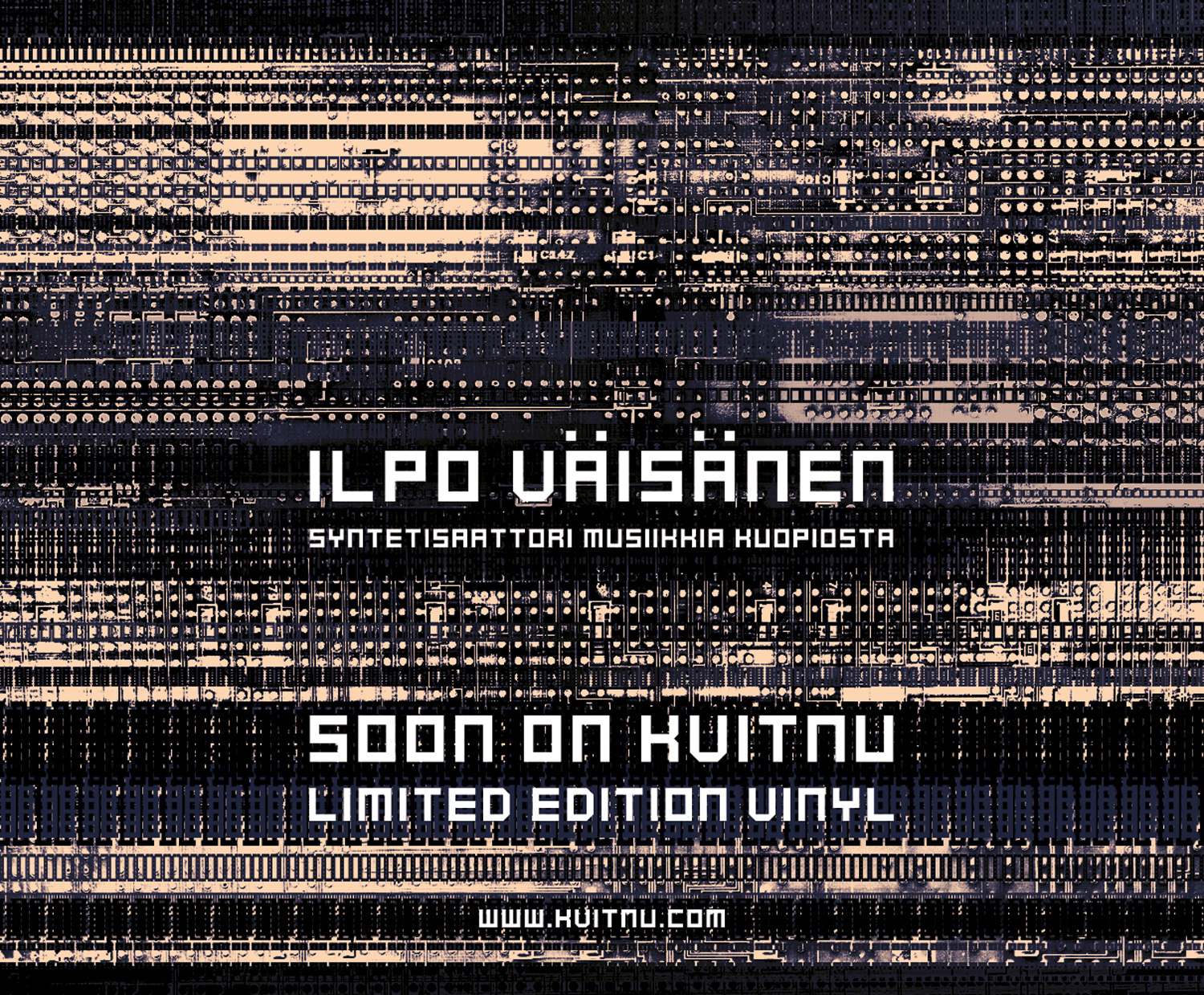 We are happy to announce that one of this year’s Kvitnu releases will be a new work by Ilpo Väisänen called “Syntetisaattori Musiikkia Kuopiosta“.

It is planned to be released later this year as limited edition vinyl.

Name can be translated from Finnish as “Synthesizer Music From Kuopio“.

Release date to be announced later.